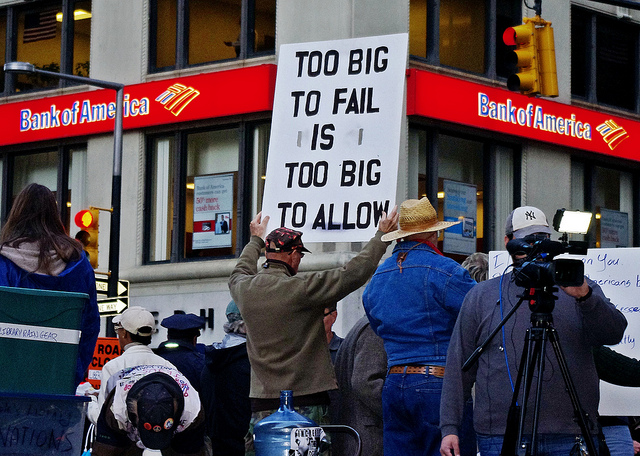 Most Leftist groups face a fairly unwieldy task of challenging a whole range of complicated issues with far less funding and time than their conservative counterparts. That is compounded by an overall focus on trying to prevent individual people from suffering which, while a noble endeavor, does not change the conditions that created that suffering.

So I want to start producing more technical legal but no less radical analysis, especially for the purposes of crafting both policy for the near future and setting our sights on some more distant visions of a socialist world. These are obviously the conjectures of a 1L student with a rather transparent agenda, so take that for what it is worth: if anything, this exercise is more to build up my own experience. I welcome any criticisms that readers may have.

I have three series planned so far, on issues with a rather abysmal lack of Leftist insight, at least in the legal realm. The latter two, because I do have many colleagues in friends in the respective field, will be released much later, and those will be on Prison Abolition and Constitutional Crisis. The first, which I will start immediately, is on the Dodd-Frank Act. With a Republican-controlled Congress enacting revisions to the financial regulations, revisions crafted by the lawyers of the banking and finance groups, it seems like a timely subject in need of an injection of truth. Because these lawyers are attempting to rewrite history, somehow re-constructing the recession as the fault of regulation and restriction. Here is what I am planning to cover:

Part 1 – Thus Spoke Volcker: The Volcker Rule, U.S.C. 1851, is essentially the consolation prize for advocates who failed to reinstate the Glass-Steagall Act. It prohibits banking entities from (1) engaging in proprietary trading and (2) having any pecuniary interest in a hedge fund or a private equity fund. The challenges to it are eloquently summed up in Madison, Cohen, and Shirley’s “Reconsidering Three Dodd-Frank Initiatives”: Risk, Liquidity, Complexity, and Competition. I’m going to pick apart how circular the logic of these challenges are, how their claims of wanting to reduce risk ring hollow, and how segregation between the banking industry and such risky financial institutions and instruments is crucial to preventing a virtual replication of the recent recession in a matter of a few years. In fact, that will happen because the Volcker Rule just is not the Glass-Steagall Act. With the recent repudiations of some of the very people who formerly championed the end of the act, the time for its reinstatement could be at hand.

Part 2 – But Who Will Save OLA?: The Orderly Liquid Authority was put in place to allow the government to intervene in financial corporations where normal bankruptcy is not possible. The collapse of Lehman Brothers was, in large part, unstoppable due to the inability of such intervention. The OLA is being challenged on a number of constitutional grounds, namely the First Amendment, the Due Process Clause, and the Takings Clause. I will refute that the OLA is unconstitutional, and further assert that its authority should be extended beyond the current scope of agencies. While it would be delusional to think that such Keynesian measures will stop another crisis of capital from ever occurring, the regulations need to be extended to at least temporarily prevent any further dispossession of wealth from the working class, and especially the Black working class, communities.

Part 3 – The Chilling Effect of Capitalism on Stability in the Congo: Here I will talk about a portion of the Dodd-Frank Act which have been chipped away by stare decisis. The constitutional arguments largely lean on the recent move to extend First Amendment protections to corporations. This trend is dangerous, and may require legislative intervention to really prevent. That is unlikely to happen with the current composition of Congress, so I will explore alternatives to the arguments the S.E.C. and others have failed with.

Part 4 – Financing a Democratic Future: Why should a socialist care about regulating an industry which they find to be inherently oppressive? Here I will explore the pros and cons of fighting for reforms, raising consciousness among the working class about how capital functions, and what role the legal profession can play in pushing for public ownership of the banks and other means of financing cooperatively owned businesses.

4 thoughts on “The End of Dodd-Frank”