The term “gaslighting” came into popular use in the feminist movement to describe a practice used in domestic violence contexts where the abusive partner lies and manipulates facts in order to have the abused partner doubt their own ability to understand reality, and thus to understand that they’re in an abusive relationship. It can be as simple as “No I wasn’t yelling, you’re remembering that wrong” or as elaborate as messing up a recently cleaned room and punishing the person for “not cleaning” it. Generally this dynamic occurs between a man (the abuser) and a woman (the abused). Why is this? In The Dialectic of Sex, Shulamith Firestone states that it is because of the inability of women to love “gratiutously, but only in exchange for security”:

…For once a woman plunges in emotionally, she will be helpless to play the necessary games: her love would come first, demanding expression. To pretend a coolness she does not feel, then, would be too painful, and further, it would be pointless: she would be cutting off her nose to spite her face, for freedom to love is what she is aiming for.

Firestone and I both practice a materialist feminism, that we analyze patriarchy through the historic and materialist (in Firestone’s case, the biological reality of reproduction) conditions of society. But materialist feminism is not just analyzing how patriarchy came about materially, it is also analyzing how patriarchy shapes seemingly non-gendered things in society. While she focuses on cultural production (in particular classical ideas of art), she writes that patriarchy’s influence even extends to the seemingly empirical professions, in particular because women experts have to adopt a “split ‘professionalized’ personality, emotional ignorance, the narrow views of the specialist.” This conclusion brings to my mind a common truism among women attorneys, which is that women judges are always more strict to “make up for” the stereotyping of women as overly emotional and soft.

In particular I am interested in how patriarchy has shaped the laws of the United States, my (hopefully) first as-yet unpublished law review article looking at the ways patriarchy has shaped consumer bankruptcy. Whereas other scholars like Elizabeth Warren have focused on how bankruptcy disproportionately effects women, I am more interested in how gendered ideas creep into seemingly gender-neutral laws. And few laws are as facially gender-neutral (at least now that the practice of using “he” as a default pronoun has mostly faded) as the rules of evidence. But these rules play their own part in reifying patriarchal relations of power, and one illustrative example of this is the opponent party admission exception to hearsay.

Rule 801 does not say too much about opponent party admission:

(d) Statements That Are Not Hearsay. A statement that meets the following conditions is not hearsay:
…(2) An Opposing Party’s Statement. The statement is offered against an opposing party and:
…(B) is one the party manifested that it adopted or believed to be true.
…

Without getting too much into the specifics, hearsay can be a major encumbrance for attorneys. Unless you are able to manipulate someone successfully in cross-examination, it can be almost impossible to have a person admit to saying something that they did not say. The phrase “I cannot recall,” a favorite in depositions by our current president, can derail a case. This is especially true for a criminal attorney trying to exonerate their client from a rape or sexual assault charge. For cases that often boil down to “he said, she said,” establishing that the victim changed her story can make or break the case, or at the very least garner a better settlement.

And they look for changes in the story because they are common. Women are gaslighted into believing that their rapes are not a big deal, that what they remember as sexual assault was actually a consensual hook up, etc. If these “admissions” happen to police officers or other key witnesses, it can be very difficult to keep it out of court. Even the rape shield law, created to protect victims from being questioned about their sexual history, is vulnerable to this loophole.

A survey in the UK reports that 21% of those who do not report the assaults to police do so because they think the police will not believe them. But the gendered effects of this rule extend much farther than explicitly gendered issues like rape. Witnesses have notoriously faulty memories in general, and yet a common patriarchal idea of gender difference is that women in particular are liars.

A number of not-so-scientific surveys say that women are more likely to lie then men. But in every one of these surveys, what is recorded within “lies” includes things like telling someone you like a gift that you actually did not or giving a fake number when someone asks you for one. In other words, the “lies” that women tell are about survival, either placating or avoiding all together the male domination in their lives. And these “lies” can under the opponent party admission exception be turned against women when they attempt to seek justice: a placating statement to an employer to avoid getting fired could be used as evidence that the problem at work is fabricated or an almost pre-programmed impulse to apologize when involved in a car accident could be used as evidence that the woman was at fault.

That’s not to say that there are not valid applications of opponent-party admission. A comprehensive and full confession of anything falls well outside of the fibs described above. And as someone who does legal work, I understand that as a general rule better decisions are made when all the evidence is allowed in. But to give such weight to offhand statements, whether made because of psychological manipulation by an abuser or because of social conditioning to be demure, is not conclusive of anything other than the double bind which women are placed in.

In terms of a solution, it is a bit chicken or the egg: should the focus be on ending the conditions that get women gaslit and socially conditioned to placate male feelings or should the focus be on not giving these “admissions” evidentiary weight? But they are not mutually exclusive struggles, and in fact are quite compatible given that the second is a more immediate goal (amending the rules of evidence) whereas the first is a more systemic goal (overthrowing patriarchy). And of course you do not have to be a lawyer to fight against the patriarchal idea of women as liars: that struggle can be fought every day in our personal lives by believing women when they speak earnestly about their oppression. 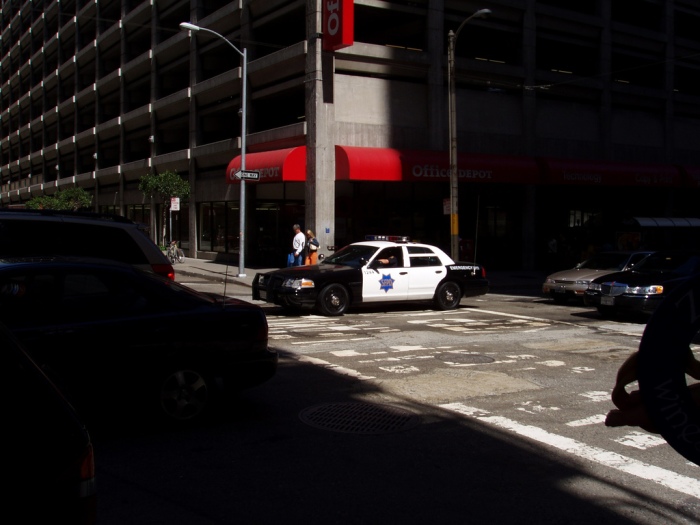 The most conspicuous difference between the law’s problems in determining historical facts and those of other disciplines lies in the procedure of decision. Other disciplines rely primarily on the method of inquiry, reflection, and report by trained investigators. In other disciplines the final conclusions as to key facts are drawn by experts, and the conclusions may be changed if they are found later — after further inquiry and reflection — to be wrong. The law, in contrast, depends in most formal proceedings upon presentation by the disputants in public hearing before an impartial tribunal, a tribunal previously uniformed about the matters in dispute. And findings of fact by the tribunal are usually final so far as the law is concerned. – Hart and McNaughton, Evidence and Inference in the Law

The rules and practices of evidence in United States law provide a rich substance to examine from a dialectical perspective. Evidence is a current running through all areas and subjects of the law: varying in importance and proliferation, but nonetheless a key component even when they are supposed to matter less, namely in appeals. While the Federal Rules of Evidence (FRE) provides much of the infrastructure, the common law and trends of practice within different courts also provides a significant amount of the practices and procedures around evidence. Furthermore, the judge stands as the gatekeeper of evidence, the final word not only on what evidence is allowed but the way in which it is allowed. It is one of the most powerful means by which judges control our legal system, a deeply undemocratic governance full of bigotry and contradiction. One of the few checks on the behavior of individual judges is risk of having their decision overturned on appeal.