Trade, trade, trade. The only thing that President Trump has consistently raised as often as his racist hatred of immigrants and imperialist threats against Muslims is trade. The appeal of this invocation of trade is the idea that the trade deals of the past few decades (most infamously NAFTA) are responsible for the mass outsourcing of primarily working class jobs. It is an argument that does not enjoy the support of economic orthodoxy which stubbornly holds to its free trade dogma, but has broad political support outside of it. As Dean Baker points out, the increase of the trade deficit is directly correlated to the loss of manufacturing jobs.

END_OF_DOCUMENT_TOKEN_TO_BE_REPLACED 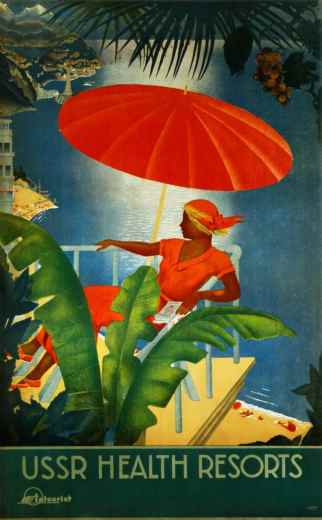 Societies that value their workers tend to enshrine protections for their workers’ health into law. One of the most common protection, but foreign even in an ideological sense to the United States, is paid or even subsidized vacation. In the Soviet Union, all workers received 2 weeks of paid vacation and workers in the more dangerous industries received 4 weeks of paid vacation. Cuba gives its state employees a month of paid vacation and guarantees a week of paid vacation to private sector employees. In Bolivia you receive 15 days of vacation your first 5 years of work, 20 days your second five years, and 30 days if you have worked more than 10 years. The wealthier social democracies of Europe give even more expansive vacation to their citizens, the most infamous example being Italy as documented in Michael Moore’s most recent movie. In many of these countries, the vacation is not seen as a luxury, but rather as preventative medicine, and medical professionals are often present at the various resorts and spas to guide the visiting workers in how to relieve the various mental and physical stresses that have built up from their labor. And despite being dominated by the influence of for-profit companies, most medical journals agree that there are enormous health benefits to regularly taking vacation.

END_OF_DOCUMENT_TOKEN_TO_BE_REPLACED

See my summary of the first day of the conference here.

After the amazing first day of the conference I was not sure that level of radical knowledge could be sustained, but I was very wrong. The second day, despite not getting into the first session I wanted to because of overcrowding, was just as good.

END_OF_DOCUMENT_TOKEN_TO_BE_REPLACED

For those of us who remember the NAFTA protests or who have fought against Cory Booker or Rahm Emmanuel in the war against teachers, it should be clear that liberalism is not an ideology friendly to organized labor. And yet so many of the major unions endorsed Hillary Clinton for president, even before the end of the primary when the obviously more pro-labor candidate was still in the race.

Leaving all the worthwhile critiques of modern labor leadership aside for a moment, what we have seen in the nomination of “literally the worst” Andrew Puzder alone makes union support of Democrats somewhat understandable. After all, even the most “third way” (thirdest?) Democrat would not dare to appoint a fast food CEO to the Department of Labor.

Well not quite – Hillary Clinton purportedly would have nominated Starbucks CEO Howard Schultz for the position. But we do not need to dig into speculation about a hypothetical Democrat president who will never be. Because the untold story of unions being busted in the neoliberal era is that it was started a decade before Reagan took office by a liberal justice of the Supreme Court.