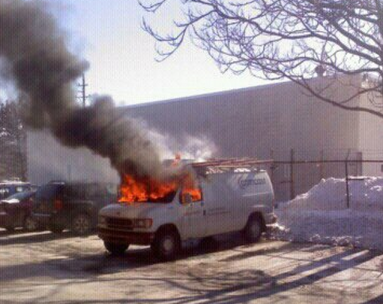 Municipal broadband advocates in Washington state, including Socialist Alternative Seattle City Council Member Kshama Sawant, have made me a very happy woman by properly executing a policy strategy on top of consumer protection litigation. Despite its enervatingly liberal name, consumer protection litigation provide an opportunity for Marxists to penetrate the expanding realm of consumerism in our personal lives.

The mobile digital technology which has brought about what Jodi Dean calls “communicative capitalism” in combination with the neoliberal period’s privatization of the commons and government services has made consumption a realm as large or even larger in the lives of the proletariat than labor. That doesn’t mean actual purchasing but rather energy and time devoted to the practice of consumption: constant bombardment of advertisements; navigating how to pay your bills and rent; navigating coupons and sales for groceries or household necessities; spending your spare time on Pinterest or Etsy. We spend so much time on these activities that we have no time to read the ridiculous, fine print “Terms & Conditions” agreements we are made to sign and corporations are well aware that is the case. Which brings us full circle back to the state of Washington’s new lawsuit against internet provider Comcast.

The complaint was written by two Assistant Attorney Generals, Daniel Davies and Joel Delman. Davies and Delman construct their argument in a pretty typical fashion for consumer protection claims. Outside of some states like New York, there is not a lot of strong case law or statutes to protect people from corporate exploitation. Consequently, claims tend to be fact-heavy and focused on sympathetic narratives of harm, the gargantuan corporation versus the innocent, unsuspecting, or even ignorant consumer. Davies and Delman divide their argument into three parts: the Service Protection Plan, the service call fees, and the credit screening process. However the central focus is on the Service Protection Plan, and once you see what that plan consists of it is not hard to see why.

In contract law, a bargained-for exchange is an aspect of consideration wherein whatever the promisor is giving induces the promisee to either take on a legal detriment (i.e. you gave me money so I give you this pizza I made) or give the promisor some legal right (i.e. you hired me to make pizzas therefore I gain the legal rights of an employee). Bargained-for exchange is one of the more insidious examples of legal fiction in a capitalist economy: it implies fairness, that there was some negotiation both parties took part in where both parties had the ability to change terms or to pull out of the contract.

Bargained-for exchange is meant to hide that contracts are really formed by bargaining power. As Professor Pamela Edwards writes in “Into the Abyss,” 36 J. Marshall L. Rev. 421, 455 (2003):

One underlying assumption in the trend toward validating party autonomy in choice of law is parity authority; the assumption of power parity between parties to commercial transactions…most of [consumer protection] legislation, including the revised U.C.C. choice of law provisions, do[es] not consider unequal bargaining power between commercial entities. Boilerplate choice of law clauses in adhesion contracts may work an injustice on all parties in transactions who have lesser power than the other parties to the agreements…

Adhesion contracts are ones in which one of the parties creates all the terms and allows little to no adjustment of those terms by the other party. The capitalists and their lawyers claim such contracts do not significantly inhibit the “freedom” to contract as the consumer can seek out a different provider who either has a better contract of adhesion or allows negotiation. One major example of how this freedom is a lie is the provision of services such as electricity or the internet. And I bet you can already guess who that comes down on the most: “Seattle’s worst-served broadband customers are generally some of its poorest, stuck in Central District and Beacon Hill neighborhoods served by cable operator Wave, where CenturyLink’s lack of modern infrastructure offers little broadband competition” (from The Stranger).

But Comcast’s abuse of bargaining power was not just limited to that its customers had few alternatives – they also constructed their contracts with submerged, fine print clauses to deceive customers. Davies and Delman likely picked Comcast to make an example of because of just how egregious their contracts were, especially the Service Protection Plan. The contract was marketed like this “[E]njoy worry-free maintenance of all inside wiring for your cable TV, high-speed Internet and phone services” and the initial definition of inside wiring does not provide any exceptions but hidden in the contract was this “The Plan does not cover the repair of wire concealed within a wall (i.e. wire that is wall fished).” In case there are any doubts left in your mind yes, the vast majority of relevant wiring is concealed within a wall.

Since 2011 Washington residents have paid $73 million for a plan that does not provide any additional repairs. On top of those damages Comcast threw salt in the wound by charging 2007 of the SPP subscribers for the hapless calls they made requesting for repairs they were never guaranteed. Further, subscribers had to pay out of pocket for other repair services. This is an adhesion contract taken to its extreme: tricking someone into paying for nothing then charging them again for what they were promised. What is even more aggravating is that some of those subscribers, maybe even believing the power of the free market was real, probably left Comcast and entered into another contract of adhesion. So may be once again paying for nothing and may not even be aware of it yet.

Comcast’s mistake wasn’t being deceptive though, it was going so far that it jeopardizes keeping up the veil of the “free market” myth. Most federal government agencies like the Federal Trade Commission and Securities and Exchange Commission are quite explicit in stating they exist to preserve the free market, not to keep it from harming people. There are arguably exceptions to this (the National Labor Review Board, the Consumer Financial Protection Bureau, the Department of Justice’s antitrust division, and the various state agencies that emulate these four), but even if we assume those groups have the interest of the people in mind their jurisdiction is narrow and can easily be supplanted by those agencies and department loyal to unhindered capital accumulation like the Federal Reserve and Department of Treasury.

That is why I am so excited that municipal broadband advocates are taking this opportunity to argue for pushing internet out of privatization and into the commons. Consumer protection laws are good for holding ground or even pushing back the flow of exploitation but ultimately will never eliminate. But with their huge damages and compelling narratives of ordinary people vs. soulless corporations, they could be catalyst to undoing the privatization of neoliberalism. Unfortunately many consumer protection groups and lawyers buy into capitalism and do not aim to stamp out all exploitation (which of course can only be done by overthrowing capitalism). However some groups, often within the “new economy” movement, are pushing the field to recognize that the market is devoid of democracy and particularly targets immigrants, people of color, and the working class for its most egregious exploitation. For those of us who are lawyers, legal workers, or students, we have a responsibility to practice in this holistic manner so that we transcend being simply cogs in the capitalist market machine.

2 thoughts on “Beyond a Contract: Envisioning the Internet as Part of the Commons”