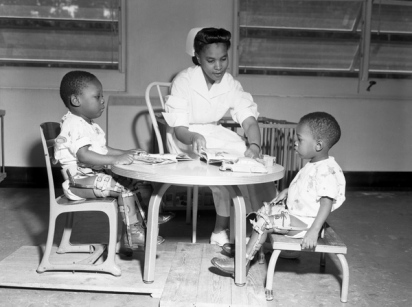 Aetna has joined many other major insurers in pulling out from most of the markets created by the Affordable Care Act. The right wing mainstream media is predictably depicting this withdrawal as a sign that the Affordable Care Act was too ambitious. Aetna for its part blames the Affordable Care Act’s risk-adjustment system. The truth is much more simple. Universal healthcare and the free market are incompatible ideologies: trying to create a hybrid of the two was as likely to succeed as pairing ice cream with industrial waste. The removal of profit motive is the only means of ensuring healthcare coverage for all people.

Though we tend to forget since liberals united behind it during the repeated attacks by the Tea Party and others, the Affordable Care Act was such a deplorable compromise that even Left-liberals like Dan Savage called it “Less evil. But still evil.” And Savage easily identifies the main flaw: it is as dependent as the Republican’s suggested alternative on people “not getting sick.” This is indefensibly shameful when the corporations behind these plutocrats have had free reign and government subsidizing to brainwash people into drinking, eating, and otherwise consuming poison. 98% of the 4000 food ads children view every year are products high in fat, sugar, and sodium. But that’s just half of why the “don’t get sick” model is so patently offensive. Aetna and even the U.S. government wants you to believe that the problem has been that an unexpected number of people got sick and, according to Aetna, the ACA did not have the risk-adjustment tools necessary to deal with that. It is a lie.

More people did not get sick, more people are seeking care. There are many reasons for this. Decrease in social stigma around mental healthcare has led to more people seeking out this form of care. ER visits have increased largely because a system of private practice allows doctors to turn away those on Medicaid. The oldest generation in our society has more than doubled since 1970, now accounting for 20% of the population. And conditions that could have been prevented with proper care were ticking time bombs. While 42 USC § 18001 provides protection for people with preexisting conditions and generally mandates coverage at market rate for such individuals, it only mandates a narrow scope of preventative healthcare. The kinds of care which insurers must provide coverage for are generally about screening for problems, not actually implementing the care to remedy them. It shows how alienated liberals like President Obama are from the conditions of the working class, for any working class person in the US can recount a time when they felt terrible or even had a doctor tell them they should seek care but did not because of cost.

Rather than blaming the people who are sick, the government should look at its construction of the Affordable Care Act, particularly the class antagonism between 42 USC § 18115 and 26 USC § 5000A. The first reads:

And the second reads:

This travesty is what poses for a public coverage program under free market principles: the insurers have the freedom to use participation as a bargaining chip in their antitrust lawsuits while the proletariat can be penalized for the transgression of not being covered. Let’s climb deeper down the Kafkaesque rabbit hole with 42 USC § 18063, the risk adjustment plan supposedly behind Aetna’s departure:

(1)  Low actuarial risk plans. Using the criteria and methods developed under subsection (b), each State shall assess a charge on health plans and health insurance issuers (with respect to health insurance coverage) described in subsection (c) if the actuarial risk of the enrollees of such plans or coverage for a year is less than the average actuarial risk of all enrollees in all plans or coverage in such State for such year that are not self-insured group health plans (which are subject to the provisions of the Employee Retirement Income Security Act of 1974).

(2)  High actuarial risk plans. Using the criteria and methods developed under subsection (b), each State shall provide a payment to health plans and health insurance issuers (with respect to health insurance coverage) described in subsection (c) if the actuarial risk of the enrollees of such plans or coverage for a year is greater than the average actuarial risk of all enrollees in all plans and coverage in such State for such year that are not self-insured group health plans (which are subject to the provisions of the Employee Retirement Income Security Act of 1974).

First, it is important to note that, like with the rest of the Affordable Care Act, a considerable amount of power is vested in the States rather than the Federal government (which is a common pro-corporation tactic). Second, risk adjustment is a euphemism. When you read risk adjustment in anyone of the articles about Aetna’s withdrawal it is not accompanied by an explanation of what that actually entails, and thus it seems innocuous. What it actually entails is compensating insurance companies for when the actuarial risk turns out to have been higher than average for the state. That’s right: the Affordable Care Act does provide universal insurance, it is just to insurance companies in their programs rather than the health of the people. Naysayers may point out that risk adjustment also works the other way (governments charging insurance companies when actuarial risk is lower), but as previously outlined the worsening of chronic health problems, the aging population, and the spike in ER visits may it very unlikely that insurance companies will ever have people less sick than expected. While the government proudly shows off the rebates insurers owe for various regulatory failures, the Centers for Medicare & Medicaid Services who provide this “risk adjustment” do not publicly list how much they have paid companies like Aetna.

So let’s put Aetna’s claim to the test. This week I will be submitting a FOIA request to the Centers for Medicare & Medicaid Services for a listing of how many of your tax dollars went to insuring Aetna while your insurance must still be purchased from parasites. I will post an update once I have the relevant information. This request isn’t about whether Aetna can be or is profitable in the ACA: maybe it really is not. But the point I hope to demonstrate is how much wealth the health insurance companies extract when they do not provide anything necessary or worthwhile to humanity. It is long past time for the United States to catch up to the healthcare system in Cuba, and that will only happen with the institution of single payer universal healthcare.