Part 1 of the Prison Abolition series. 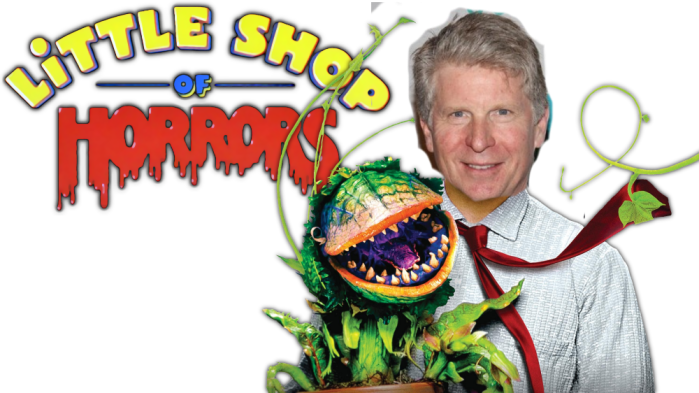 A recent event has led me to make a major change to the series, replacing the section on alternatives to incarceration with a discussion on broken windows. That event is the decision by Manhattan District Attorney Cyrus Vance declaring that his office would no longer prosecute so-called “quality of life” crimes. His office is downplaying how this does or does not fit into the standing NYPD policy of the past two decades (begun by Bill Bratton during his first tenure as Chief). But Ed Mullins, president of the Sergeants’ Benevolent Association, is a bit more upfront: “They are now sending a message that minor offenses are no longer important to address as quality of life issues in New York City. This must be the new version of Bratton 2.0. This totally contradicts everything he has preached, philosophized and lectured about across the nation. Now, these offenses are no different than parking tickets.” Bratton himself remains fairly silent and minimally supportive on the issue. Now to be clear, as noted by Mullins, these offenses are not going away completely, but are merely being reduced to violations where you get a ticket.

This retention embodies a popular liberal concept of late: to coerce those who break the law with economic rather than carceral punishment (though it should be noted of course that the former can readily become the latter). But obviously DA Vance still has made a major change, even if a punitive element remains. Here are the questions people will be asking over the next year as we see what comes of it: does Broken Windows reduce crime? If it does not, what is the purpose of the policy? What crimes are or are not “quality of life”? And are safety from violence and human rights mutually exclusive?

In 1982 George L. Kelling and James Q. Wilson published an article in The Atlantic called “Broken Windows” that birthed the neoliberal response to the monopoly conservatives like Nixon and Reagan had over law and order. While there are some similarities between conservative law-and-order and neoliberal Broken Windows, especially their penchant for crime being a dogwhistle for white supremacy, Broken Windows had the liberal appeal of “sociological reasoning” being the foundation and “safe neighborhoods,” rather than punishment and retribution, being the goal. Further, it asserted a notion of privacy and property rights at odds with many conservative notions of policing. The article notes that the “sheriff going after the bad guys” focus of conservative policing only covered one concern: “But we tend to overlook another source of fear—the fear of being bothered by disorderly people. Not violent people, nor, necessarily, criminals, but disreputable or obstreperous or unpredictable people: panhandlers, drunks, addicts, rowdy teenagers, prostitutes, loiterers, the mentally disturbed.”

Whereas conservative crime fighting involves the classification of the populace into criminals and innocent civilians (a binary of course we know to be false), Broken Windows divides the populace into “regulars” and “outsiders.” As Kelling noted while following the Newark Police Department (one of the first to implement a form of Broken Windows), “Regulars included both “decent folk” and some drunks and derelicts who were always there but who “knew their place.” Strangers were, well, strangers, and viewed suspiciously, sometimes apprehensively.”

In Broken Windows policing, criminals do not go away but rather learn “their place.” After all, even when DA Vance was prosecuting these “quality of life” crimes, they were not major sentences – for example, public intoxication due to drugs is a 15 day jail sentence. With the pace of the New York City courts, a lot of these sentences wind up as “time served” or the charges get dismissed entirely. But the punishment is in the policing itself, the terrorism of an ever watching police force making sure that you “know your place.”

The Broken Windows police force does not fear criminals. Rather, they fear strangers. That is why the police departments most known for Broken Windows are the two with the most extensive data and surveillance apparatuses of any law enforcement organization in the world: Los Angeles and New York City. It is getting so large as to verge on the realization of a science fiction dystopia: comprehensive predictive policing.

There have been numerous sociological criticisms of the effectiveness of Broken Windows to decrease crime. The general thought is that the decrease in crime has taken place in both cities that did or did not employ Broken Windows, and therefore saying that Broken Windows made the difference is the oft-invoked error of equating correlation with causation. That’s neither here nor there however, because most of these studies that I’ve seen are either contrasting Broken Windows with conservative notions of policing or even eugenics. And the fundamental mistake these studies make is to think that Broken Windows is about reducing crime: even Kelling and Wilson admitted pretty readily in their article that it was not an actual reduction of crime that was important, but rather what effect policing had on the populace as a whole. That’s of course inconceivable to the conservative policing advocate or libertarian: policing is for the criminals, not for innocent civilians or activities within the private sphere!

So why is Broken Windows focusing on everyone rather than the criminal class? To answer this question, we have to look at where Broken Windows fits into a broader neoliberal political project. Call it neoliberalism, post-industrial capitalism, communicative capitalism, or whatever you would like, the new predominant ideology held in common by the “centrist” pastiche of the Democrats and Republicans in the United States is about sustaining a predatory economy. But like Audrey II in Little Shop of Horrors, capitalism has gotten really big and the number of things to feed it is getting smaller and smaller. Controlling everything from the corporations to the police, the wealthiest people of the world want to make sure that if cannibalization has to happen, that it happens to them last. David Harvey calls this cannibalism “accumulation by dispossession” and as his scare quotes around the “new” in “the “new” imperialism” suggest, it has been around for quite awhile. You may know it better as the Trans-Atlantic Slave Trade; global colonialism; the Golden Age of Capitalism (made possible by bombing and seizing Axis industry during World War II); and any number of other violent seizures of wealth that prompted economic growth. These seizures of existing value combined with the surplus value extracted from labor are what lines the pockets of the wealthiest people in the world. And as more and more labor gets automated, the economy depends more and more on accumulation by dispossession.

What is the major problem for capitalists with accumulation by dispossession? Well, in constitutional theory there is a concept called representation-reinforcement. The basic concept is that the role of the legal system is to reinforce representation itself, that when the democratic process breaks down they intervene. Why reinforce representation? Because if you do not, there is revolt! Implicit throughout the liberal concessions to Leftists and progressives throughout history is this sense that if they do not give a little bit more, we will revolt and take it all (or if you really want to give them the benefit of the doubt, that we will revolt and bring all human progress down in a chaotic orgy of violence). Direct action is premised on recognizing this behavior. Neoliberals know that accumulation by dispossession makes people very angry, whether it is the gentrification of their neighborhoods, the destruction of their environment, or the profiting off of their disease. Angry enough to fight back. It is no coincidence that the full test of Broken Windows policing has been, not conventional crime, political protests. From Occupy Wall Street to Black Lives Matter, the police have implemented near-marshal law in order to reign in the revolt. But while Broken Windows policing was very effective at dealing with people as atomized individuals, as one person versus an omnipresent police force, it has had a far more difficult time with mass movements. Not that they haven’t tried to pick apart the movements, person by person.

But as horrid as that has been, it has not worked, at least not yet. DA Vance’s recent move seems to suggest a return to representation-reinforcement: at risk of losing their whole carceral system, they are beginning to give way on Broken Windows and marijuana policing. That is good for our movements, but we must remain vigilant for two major reasons: (1) the carceral system is much larger than Broken Windows. As I mentioned, most of Broken Windows is low-level offenses. The system of bail, coerced plea deals, immigration detention, parole, school-to-prison pipelines, state-sanctioned sexual violence, solitary confinement, and torture remains relatively intact. (2) while I do think this move is in response to the mobilizations against Broken Windows, the state may be willing to make such concessions because of the increasing power of the “predictive policing” I mentioned earlier.

After all, why would you need Broken Windows if you can preempt disorder and dissent entirely? The criminal class will no longer need to “know their place.” The police will have pre-ordained their place for them. And that may be a future even more terrifying than the one we have just started to undo.